Because you never know
where the real danger
will be, we introduce
PriSus, the app that
could save your life.

And sometimes, without realizing it, we are left alone with these people that we don´t really know.

It can happen anywhere, anytime. With taxi drivers, delivery boys, a driver who picks you up when you’re hitchhiking, a new friend you met online, that nice guy from the party, even a person who kindly offers to help you out with something.

And when you least expect it, the situation takes a turn. This stranger is no longer so nice. You feel threatened and there is no one around to help you.

Truth is that you never know when or where danger will appear. That’s why we’ve developed a new app for your smartphone.
It’s called PriSus.

What happened to them?

These people have disappeared or found dead, leaving no clues.
What happened to them?
Maybe, just for a moment, some of them might have sensed that something wasn’t right. They may have known they were being deceived, kidnapped, deprived of their freedom, that their integrity was threatened.
But they had no one to turn to.

PriSus,
the app that
could save your life.

With a single click, PriSus takes a picture of the person threatening you, and sends it with the location, date and time to a friend or contact that you have previously chosen. This person is your Guardian.

The message is clear:

“If anything happens to me, you will be the Prime Suspect!
All my contacts will know it was you!” 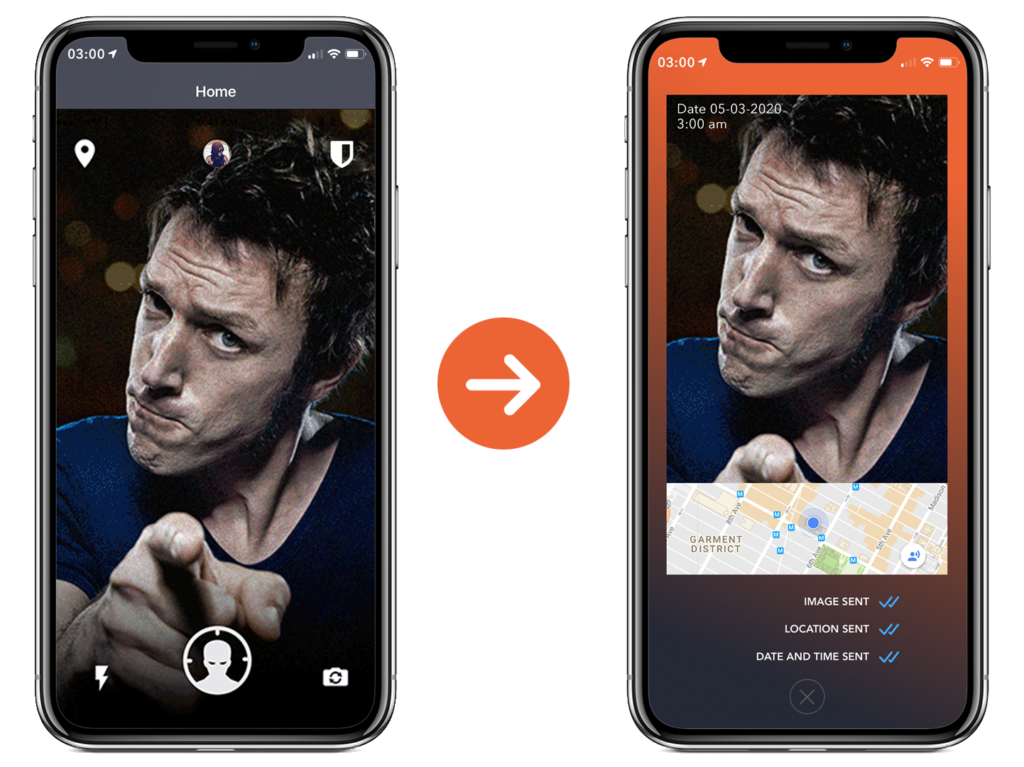 PriSus takes a photo of the person threatening you and sends it immediately to your Guardian,
along with the exact time, date and location.

The image of the potential aggressor is identified and linked to any aggression. It can then be geolocalized with a date and time.

A warning signal, with a unique sound, will ensure that the alert catches the attention of your ‘Guardian’.

Shows on a map exactly where you are with your potential aggressor, and your friends can identify your location and route in real time.

You can choose one or more close friends to be your “Guardian”. 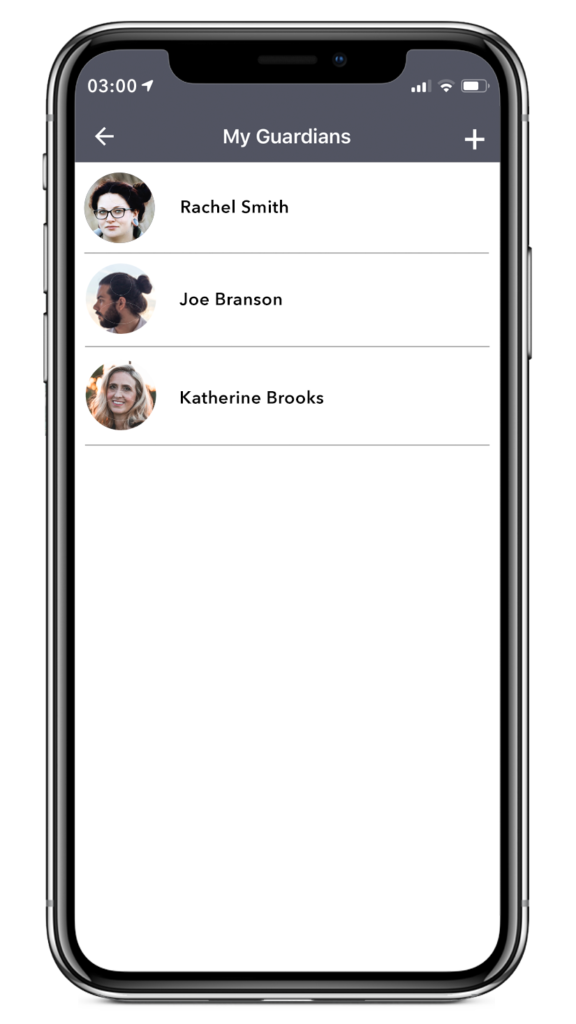 After filling out your profile data, choose your ‘Guardian’ from your list of trusted contacts or friends. Invite them to use PriSus. They can then download the application and have you as their ‘Guardian’.
PriSus provides the protection service both ways.
Everybody should have PriSus! 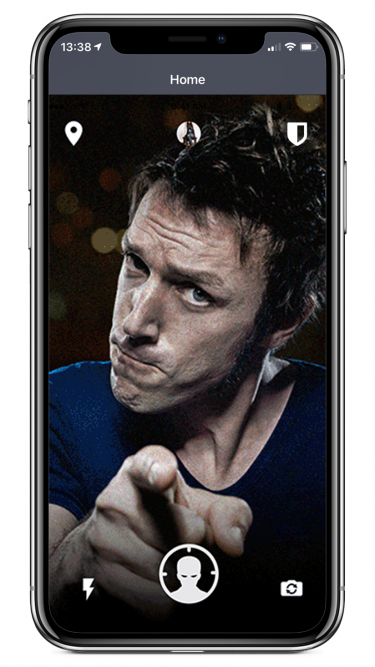 When you feel threatened by someone, just press the button on PriSus’ camera so that your Guardian receives in real time an alert with the image of the person threatening you, along with the time and place. It is a way to “suss out” the potential aggressor and to dissuade them. You can let him know that he will be identified before any aggression takes place. Once the emergency is over, you should contact your Guardian to inform them that you’re safe. We suggest that you establish a “code word” so that you can confirm this. 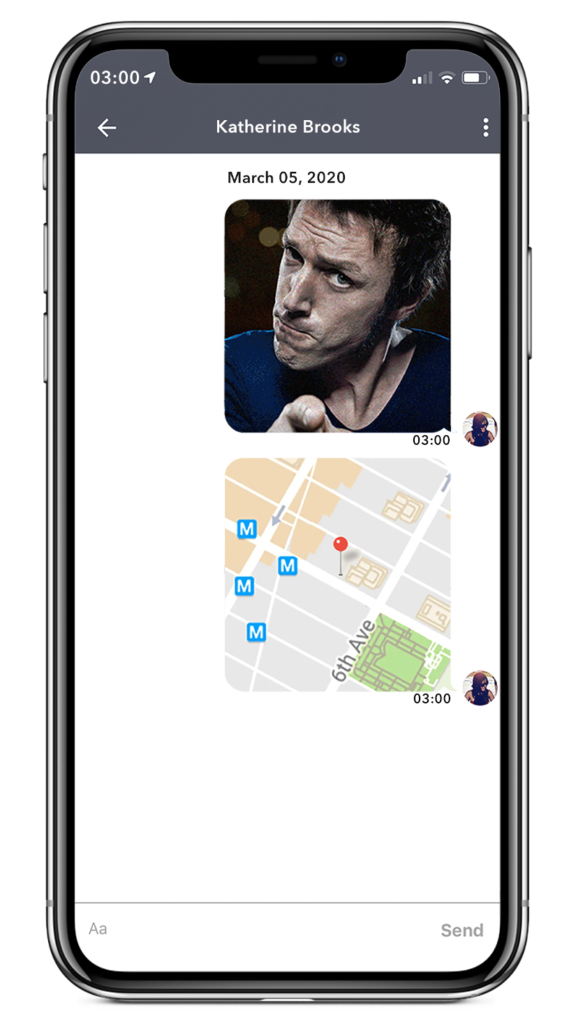 You can use PriSus’ direct message to communicate with your ‘Guardians’ whenever you -or they- have an emergency. The information will be sent to the corresponding chats with the geolocation displayed so that they can help you or you can help them. 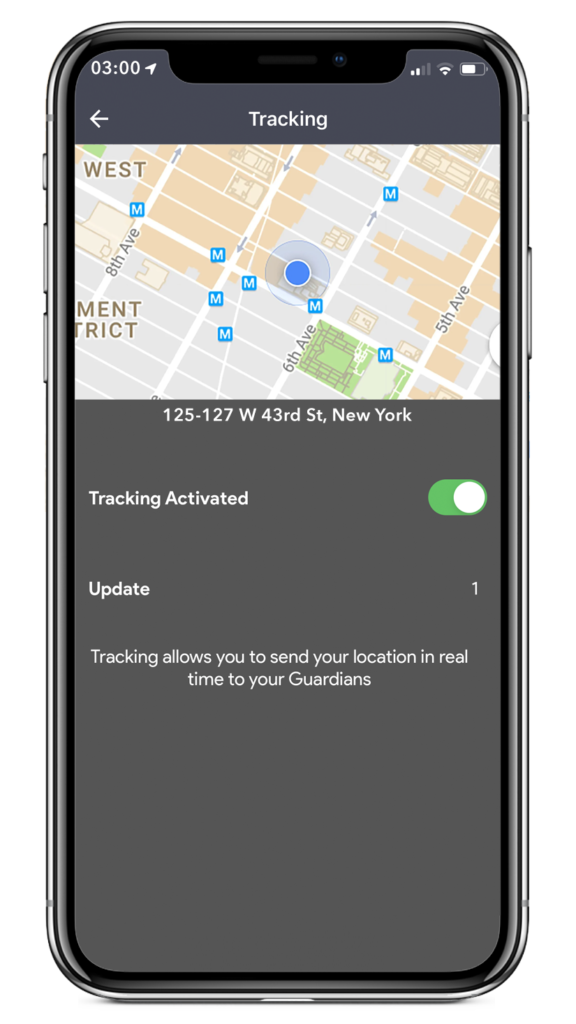 PriSus has an additional feature you can use should you need it for extra security: the “Tracking” function. This allows your ‘Guardian’ to know where you are and to follow your route on the map, with intervals of 1 to 30 minutes.

Tanger, August 2018. Me and my wife were walking through the streets of Tanger, when someone offered to act as our tour guide. We accepted. Soon, he began taking us through alleyways and secluded places, away from the typical tourist routes. I suspected that we could be ambushed and assaulted at any time. The only thing I could think of was to get a photo of the fake guide.

But then I thought, “How stupid! What’s the point of having a photo of this guy if he assaults us and takes everything, including my cell phone with his photo? “And I said to myself: “This photo has to be sent from my smartphone!” So, I sent it to my son in Spain. In doing this, I knew that at the very least someone on the planet would know what happened to us in case something terrible ocurred. There would be a “prime suspect”.

Then, I let the potential attacker know that someone else had his photo. I approached the guy, I showed him his picture on my smartphone and said: “I sent this photo to my son in Madrid and he said that you look like Cristiano Ronaldo!” The message was clear: “If something bad happens to us here, you are already identified. Forget about us! ”

I never knew for sure if we really were about to be mugged, kidnapped or killed in a remote place where nobody knew us. But this event made me think of the thousands of people in the world in similar situations every day, who have no one to turn to. From that situation came the idea of an app that combines several features at the same time: photo, instant message, location, alert. That´s PriSus. I hope you never have to use it, but if it ever saves your life, you’ll know it was worth getting when you had the chance. 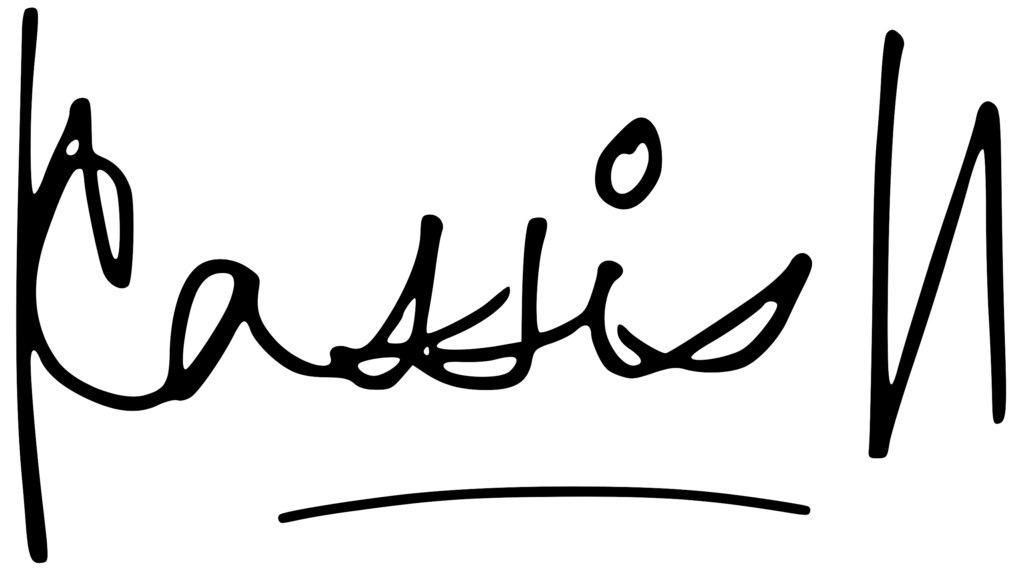